Bissonnette is set to appear in Quebec City court on Monday afternoon.

According to his Facebook page, which has since been taken down, Bissonnette is from the Cap-Rouge suburb of Quebec City. He studied anthropology and political science at Laval University.

The shooting happened less than three kilometres away from Laval’s campus, during evening prayers at the Centre Culturel Islamique de Quebec on Sunday shortly before 8 p.m. ET.

Five people are still in hospital with injuries. Two will need more surgery, while the other three are stable and may be discharged soon. Another 13 people with minor injuries have been released, according to a hospital spokeswoman.

Shortly after noon Monday, the Quebec provincial police said only one of the men is a suspect in the attack. The second man is now considered a witness.

One of the men was arrested at the mosque within minutes of the attack. Police say a second man called 911 after the shooting, indicating that he wanted to co-operate in the investigation.

Quebec City police Insp. Denis Turcotte said the man parked about five kilometres from the scene of the shooting, near the bridge to Île d’Orléans, and waited for officers to arrest him.

“He was armed and spoke to us about his acts,” said Turcotte.

As Bissonnette’s name began to circulate online, one Facebook group dedicated to welcoming refugees in the Quebec City area expressed “pain and anger” over the news.

The suspect was “unfortunately known to several activists in Quebec City for his pro-Le Pen and anti-feminist positions at Laval University and on social networks,” wrote the Bienvenue aux réfugié.es – Ville de Québec Facebook group.

A woman who identified herself as a neighbour of Bissonnette’s parents in Cap-Rouge said the suspect had recently moved into an apartment that he was renting with his twin brother, not far from the mosque where the shooting occurred.

“He is a child,” she said. “You couldn’t find one more calm than that. He never did anything, he always kept to himself. We never heard of anything.”

“I saw him last Wednesday, he was arriving at his parents’ home. I think he often went there,” the neighbour, who wished to remain anonymous, told Radio-Canada. 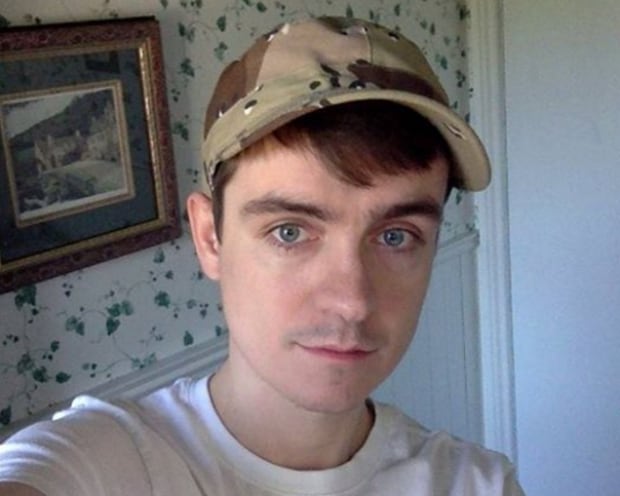 Bissonnette is believed to have studied anthropology and political science at Laval University. (Photo from Facebook)

With files from the Canadian Press