The US had already expressed concern about excessive use of force against protesters before Sunday’s violence
There has been a series of deadly clashes in Ethiopia in recent months.
People in the Oromia and Amhara regions have complained about political and economic marginalisation.
The US has expressed concern about what it termed the excessive use of force against protesters.
What is behind wave of protests?
What do Oromo protests mean for Ethiopian unity?
Crowds at Sunday’s Oromo festival, which AP news agency said had attracted two million people, chanted “We need freedom” and “We need justice”, witnesses said.
Some participants crossed their wrists above their heads, a gesture that has become a symbol of Oromo protests.
The unrest was sparked last November by a plan to expand the capital into Oromia. This led to fears that farmers from the Oromo ethnic group, the largest in Ethiopia, would be displaced.
The plan was later dropped but protests continued, highlighting issues such as marginalisation and human rights. 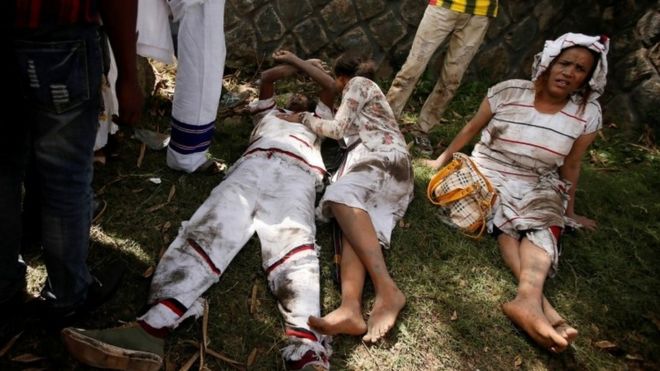 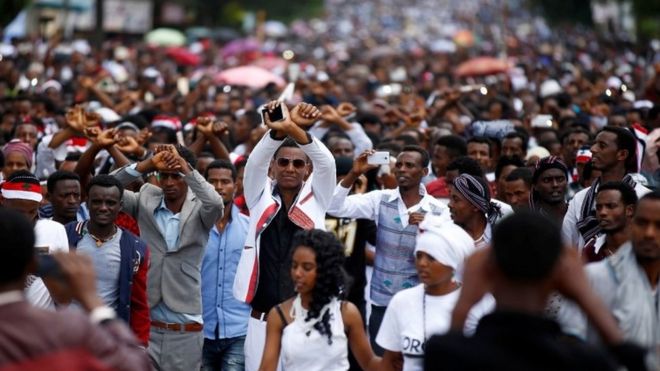